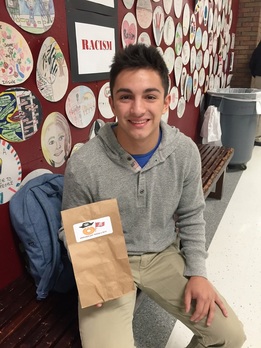 Welcome to The Buccaneer’s sports column, “Breakfast with a Buc.” Each week, over a bagel breakfast, we’ll be chatting with an RBR student-athlete who is committed to play a sport at the college level.

We sat down with Jack Navitsky, the senior quarterback who helped lead the Bucs to the state championship game on the football field this past fall. 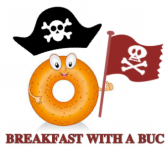 EB: Why Marist?
JN: I liked Marist ever since I visited for the first time, and I just thought it was the right fit for me with all the coaches and academics, so that was the main reason.
EB: What has RBR Football taught you?
JN: It’s taught me that my best friends are going to be the friends I played with on the football team, and it’s created some of the best friendships I’ll probably ever have. It’s also taught me the meaning of brotherhood and how much to love football while you’re playing it.
EB: What’s your favorite RBR football memory?
JN: Probably the RBC game, just because of the way it ended, and also, even though we lost it, the state championship game is a pretty good memory.