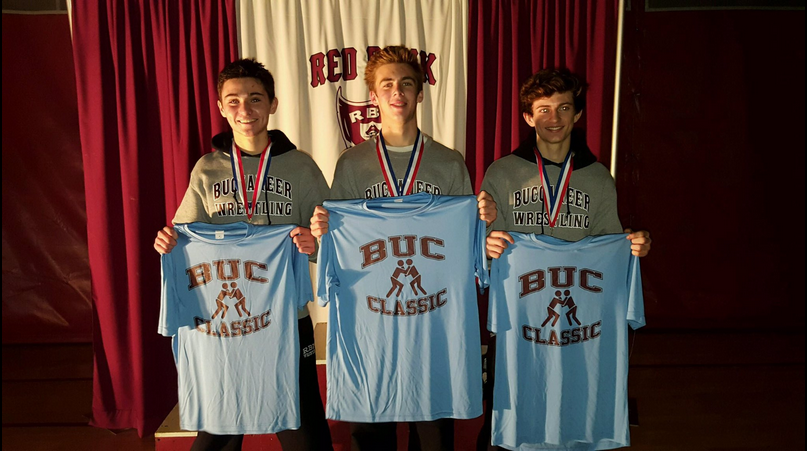 This is the eighth edition of the Buc Sports Weekly, your recap of the week in RBR sports.

After a tough three games last week, the Lady Bucs rebounded with two big wins to push them over the .500 mark and into fourth place in the A Central. The girls opened the week with a 57-50 win over Shore on the road on Tuesday afternoon. Sophomore Meghan Murray scored a team-high 16 points. The Bucs were down by four coming out of the first quarter, but bounced back and outscored the Blue Devils 34-18 in the second and third quarters. Murray’s performance earned her a nomination for Shore Sports Zone’s Monmouth Building Center Game Ball of the Week; click here to cast your vote! Voting ends on Tuesday at 3:00 P.M. The Bucs finished off the week with a 39-21 win on Friday night against Raritan. The girls scored 30 of their 39 points in the first half, and senior Grace Dengler had nine points in the win. 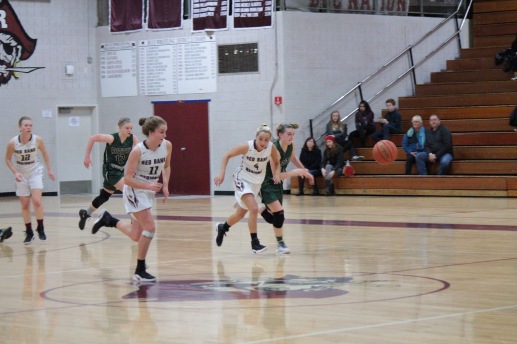 Meghan Murray (#11) and Brenna Bonner (#4) during Friday’s win over Raritan. 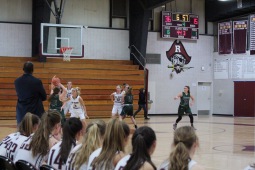 The Bucs’ bench and head coach James Young during the fourth quarter of Friday’s win over Raritan. 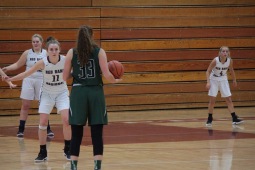 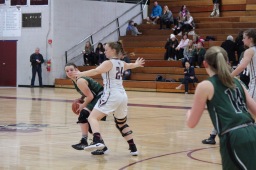 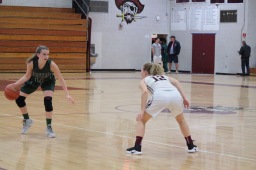 From the court: “We had a great team win against Raritan, and we’re hoping to continue into this week and get a big divisional win against Holmdel on Tuesday at home!” – sophomore Meghan Murray

The Bucs opened the week at home against divisional rival Shore on Tuesday night. The Bucs kept it close for much of the game, but Shore went on a 16-9 run in the fourth quarter to force overtime, and then held the Bucs to only two points in OT to seal the win. Seniors Connor McLoone and Nasir Williams had 17 points each in the loss. The Bucs needed a big win when they went on the road to face Raritan on Friday night, and that’s exactly what they got. The boys took home a 43-29 win over the Rockets. The Bucs’ defense had a strong night, as Raritan’s 29 points are the least that the Bucs have allowed this season. Williams led the Bucs with 14 points and Devin Cooper added 10 points. The Bucs moved into second place in the A Central this week, behind undefeated Rumson-Fair Haven (10-0). With nearly a month to go until the Shore Conference Tournament gets underway, the Bucs need to ride the momentum from Friday’s win this week to add some more wins to their record.

From the court: “We managed to bounce back off a 3 game losing streak at Raritan, and now we’re looking to keep that mentality for the rest of the season.” – senior guard Nasir Williams

The Lady Bucs continued their undefeated season this week with two big wins over Long Branch and Ocean. The girls beat the Green Wave by a score of 111-69 on Tuesday night. The statistics from the Long Branch meet were not immediately available.

The Bucs then took home a 124-45 win over Ocean on Friday. Senior Kelsey Ballard finished in first place in the 200 m freestyle event, and the 200 m freestyle relay team came in first with a time of 2:07.72. The rest of the times and finishes from the Ocean meet on the girls’ side also weren’t immediately available.

From the pool: “So far we’ve had a great season, and we’re looking to continue that with a big meet against Wall this week.” – senior Kelsey Ballard

**This is the first time since 2013 that both the boys’ and girls’ teams have beaten Ocean, another accomplishment in a season of many for this RBR swimming program.**

The Bucs opened the week against Monmouth Regional on Monday, and the girls’ team rolled its way to a 3-0 win over the Falcons. The boys’ side kept it close, but Monmouth took home a 2-1 win. The boys’ side then finished the week with a match on Thursday afternoon against CBA. The Bucs fell to the Colts by a score of 2-1, but the team had its fair share of strong performances on the day. Brandon Voung led the Bucs with a high score of 234. Colin Baker rolled a 204 and Chris Valdetano finished with a score of 184. The Bucs’ total of 844 is their highest total all season.

It was a tough week for the Bucs on the ice as they faced two competitive non-conference opponents. The Bucs opened the week with a trip to Bristol, Pennsylvania to face Robbinsville on Wednesday afternoon. Robbinsville took home a 4-2 win, but the Bucs saw scores from seniors Frank Taddeo and Danny Wagner. Freshman goaltender Mitchell Quinn had 39 saves on the day. The Bucs went on the road again on Friday to face Monroe. The Falcon offense proved too strong for the Bucs’ defense, and Monroe skated to an 8-2 win. Taddeo and sophomore Page Lootsma scored the Bucs’ two goals.

The Bucs picked up a big win over Keansburg on Wednesday night at home. Six of the seven Bucs who won their matches pinned their opponents, and junior Erik Olsen (126) beat Keansburg’s Hector Triana by a score of 8-4. The Bucs took the momentum from Wednesday’s win into Saturday’s Buc Classic. The team finished 11th overall, but three individual RBR wrestlers took home third place wins. Junior Finn Smith (120) defeated Jerocy Pena of New Brunswick in the third place match of his weight class. Luke Devine (132) improved his season record with a win over Lakewood’s Japhet Campillo in the 132 lb match for third, and Sam Goldzweig took home a win over North Brunswick senior Lane Ackerman in the 145 lb third place match. Goldzweig, a junior, is 12-5 on the season. 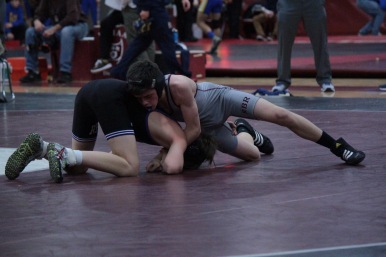 Tucker Cochrane (106, in gray) faces off against a wrestler from Rumson-Fair Haven at Saturday’s Buc Classic.

Ivan Tecalero (160, in gray) faces off against a wrestler from Freehold Boro at Saturday’s Buc Classic.

From the mat: “Our team came together to pull out a win last week against Keansburg when our old coach, Coach Bigelow, came back to RBR with his new team. This weekend we hosted 14 teams at the Buc Classic tournament and we put 3 guys on the podium. This Wednesday, we wrestle RBC at RBC and I am confident that we will leave RBC with a win.” – junior Sam Goldzweig